As some of you know, I just recently compared Arc'teryx's Atom LT to Proton LT and also compared Patagonia's Nano Puff to Micro Puff.

Now I wanted to make a post about Nano Puff vs Atom LT because assuming no wind, rain, or snow and little to no activity, they offer about the same warmth. So some of you could be having a dilemma between these two. 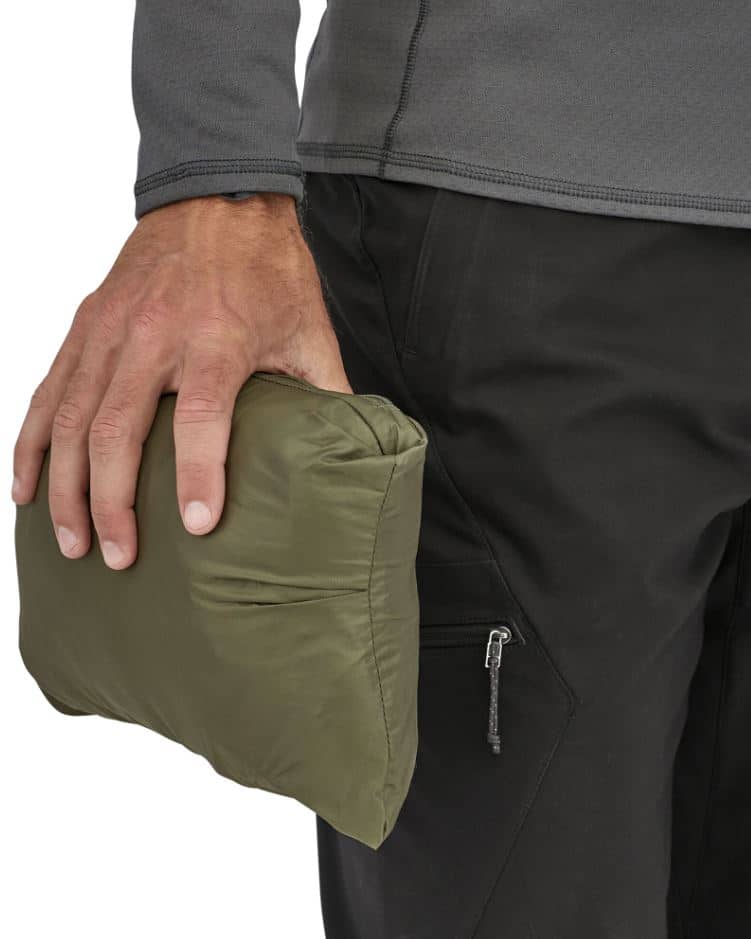 Unlike Atom LT, Nano Puff does come with a stuff sack.

The advantages Nano Puff has over Atom LT is that it:

Now you understand why Nano Puff is a really popular jacket around traveler folks, and also why it's one of my top synthetic insulated jacket for travelers.

Atom LT, on the other hand,

Atom LT is much more suitable than the Nano Puff for high output activities.

So, in summary, if you'll be using the jacket both in the town & during high output activities, then your jacket is probably Atom LT (if, for some reason, Proton LT isn't an option for you). If you'll mostly be traveling with the jacket and won't be physically active with it, then Nano Puff would probably be a better choice.

Lastly, do not get either of these jackets if you'll be out in below 30 deg F (0 deg C) a fair amount of days - because you'll quite likely to feel chilly inside them (assuming no substantial under layering - just a long sleeved shirt) unless you run much warmer than the average person.

Its lightweight, breathable and thermally efficient 100% polyester staple fibre is compressible and has good loft retention. Comes in the following six weights:

So how do these different insulation techniques play out when using these jackets?

Eventually it all comes down to your personal preferences as to the strong aspects of a jacket.

​The main advantage you'll have with the Nano Puff's 60 grams of Primaloft Gold Insulation Eco over Atom LT's 60 g/m2 Coreloft, on the other hand, is that it's more compressible (which is why it comes with a stuff sack) and provides superior wet-weather performance.

The game-changer here is actually Atom LT's side fleece panels.

If you're having a dilemma between these two jackets, then you should have heard of these panels before already - they're admired by many users.

First I want to say that using fleece panels with the intention to make a jacket more breathable is considered outdated in today's outdoor gear world.

The reason is that there has been a lot of advanced breathable insulators released into the market. Jackets made with genuinely breathable materials such as Arcteryx's Proton LT and Patagonia's Nano Air started to take the lead.

But there are many climbers and skiers still using jackets with side fleece panels today. My, too, first choice would be Proton LT as you can see hereh when it comes to choosing a jacket for a combination of casual and active use - but Atom LT is a good alternative. 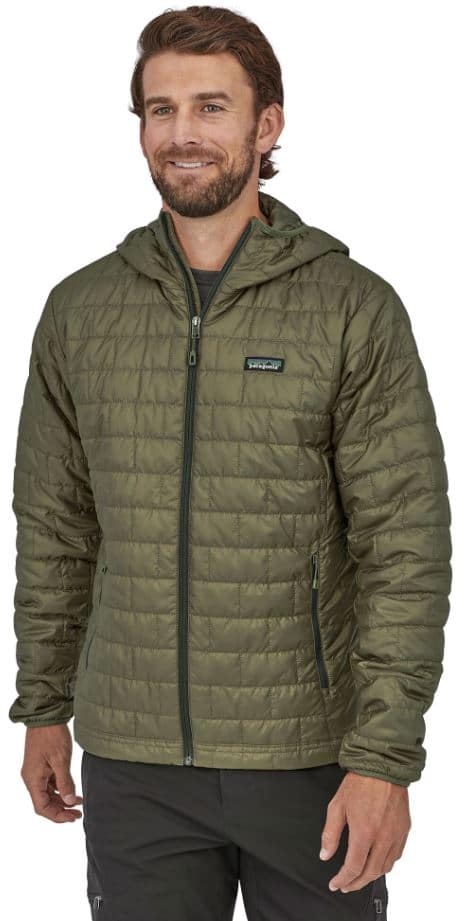 Nano Puff can be better than the Atom LT for very low to none activity level.

The approximate lowest temperatures an average person can wear these jackets without feeling cold would be around 30 deg F (0 deg C).

Like I said earlier, they provide about the same warmth as you see. If you think you run hotter or colder than the average person, then shift this temperature {30 deg F (0 deg C)} accordingly.

When there's anything more than a light rain, though, Atom LT's performance will drop slightly below Nano Puff's.

​This factor will play out in durability, comfort and weather resistance.

Although side fleece panels of LT make it much more breathable, it inevitably compromises wind resistance in return significantly. Wind will cut right through it.

You can solve this by under layering an Atom LT with a wind-shirt. But that requires extra effort from the buyer's side, so I'd write minus points for Atom LT in this department.

Both are DWR coated.

Gentle, smooth, stretchy inner surface of Atom LT provides much more comfort than Nano Puff. This is especially important when you're active with the jacket​.

But still, the Nano Puff won't be able to counter an abrasion caused by a stiff or pointy rock when climbing either, just like Atom LT. I wouldn't say they're much different than one another when it comes to durability.

So, in summary, if you'll be using the jacket both in the town & during high output activities, then your jacket is probably Atom LT (if, for some reason, Proton LT isn't an option for you). If you'll mostly be traveling with the jacket and won't be physically active with it, then Nano Puff would probably be a better choice.

I'd recommend both products WITH the hoody by the way (as you can see here): 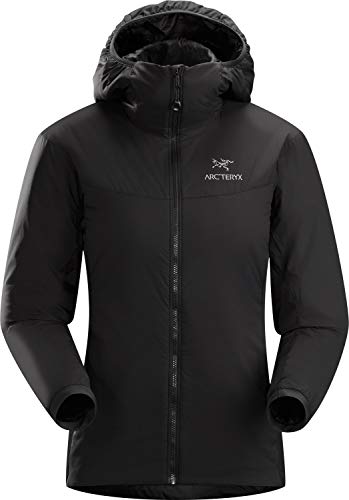