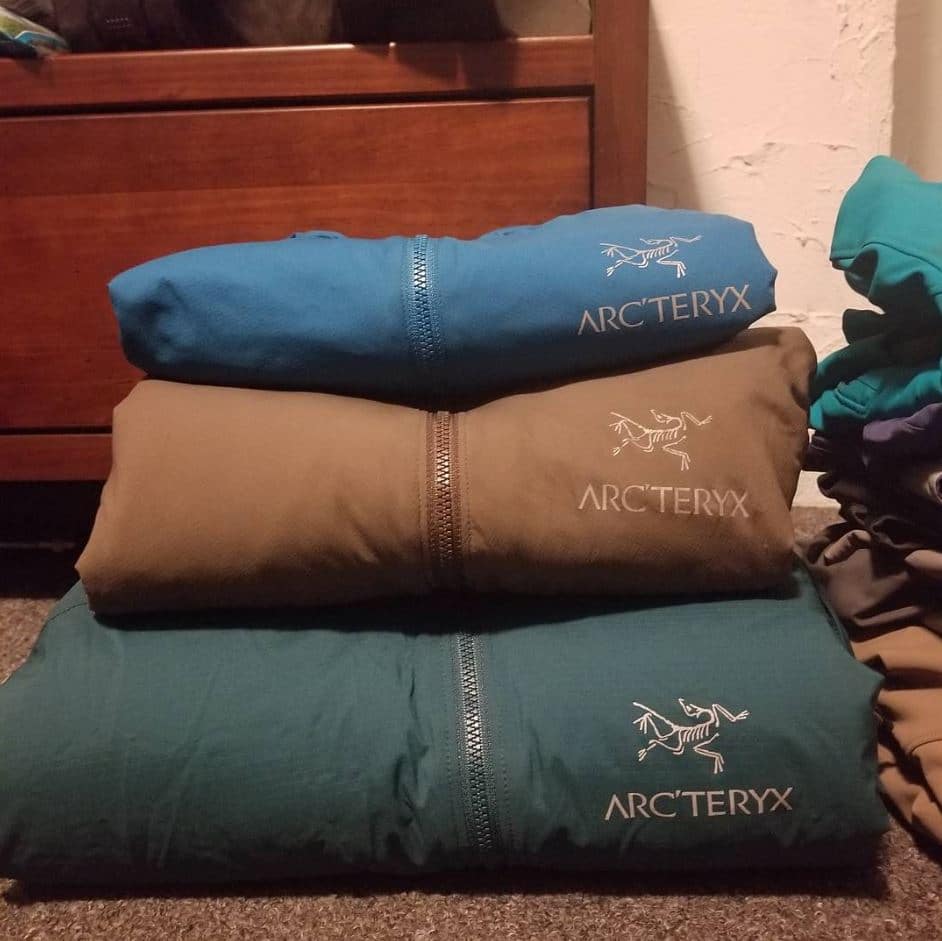 Going from top to bottom (Atom SL, LT and AR respectively), the warmth increases and the breathability decreases.

Compared to my other articles on Arc'teryx and Patagonia jackets, this comparison is relatively easier to get out of. Because they differ clearly in this one manner:

How you're planning to use the jacket.

So I'd recommend you to move forward considering this:

If you're looking for a warm jacket to put on out in the town when it's freezing (below 20 deg F's), get the AR as LT would be too cold for most of you. For a physically active use, get the LT as it's significantly more breathable and comfortable.

You can also see this on Arc'teryx's own Naming Scheme Page here, for both Atom AR and the LT.

They're given a dope-dyed liner, a new construction on the cuff and are now 1" (2.5 cm) longer.

But these updates pretty much don't cause any differences in practice. Which means that you can apply the information given in this post to previous revisions of these jackets.

All the differences between these jackets can simply be listed as follows:

We'll get to the details and determine how MUCH one is better than the other in terms of each of these differences - but you should know that for most of you the answer to it wouldn't be important.

Because, like I said, it's like comparing apples and oranges. The purpose of these jackets are different, and this should be your main focus. Keep that in mind as you read on.

If you're planning to get the Atom LT, you might also want to check out my Proton LT vs Atom LT post as well since Proton LT is kind of a superior revision of the Atom LT.

I've also put this post together to compare and rate all the popular Arc'teryx and Patagonia synthetic insulated jackets, including the two in this post (as well as the Proton LT I mentioned).

So if you're interested to see how well these two jackets scored in the warmth, comfort, weather & abrasion resistance, breathability and style departments; you might want to check that out as well.

I'm not going to explain the Coreloft insulation in detail because both jackets are equipped with it. I'll try to keep this post within the context of differences between these products.

Check this thread out if you're curious about Coreloft's technical properties and how it compares to the other insulators.

First of all, the AR does NOT have twice the insulator amount of LT.

AR is insulated with:

LT, on the other hand, is insulated with 60 g/m2 of Coreloft everywhere.

This makes up one of the biggest differences between the two models:

AR is significantly warmer compared to LT. If you're truly active inside the AR, you might even overheat.

Now, although it's quite difficult to pinpoint the warmth differences between these two jackets, let me do my best and at least try to give you an idea:

Generally speaking, with only a long sleeved shirt under and without a shell on top, for an average person, during daily use (strolls, power walks, etc) and with enough wind to cause an umbrella to twist in your hand:

With at least a moderate quality layering:

With a good base layer under and a shell jacket on top:

#Extra Note: AR would even be TOO WARM when you near 30 F's!

Note that AR would be too warm when you near 30 F's.

Maybe this entire thing can be oversimplified into this:

If you're looking for a warm jacket to put on out in the town when it's freezing with shitty wind, do not get an LT! You'll probably feel too cold inside it! 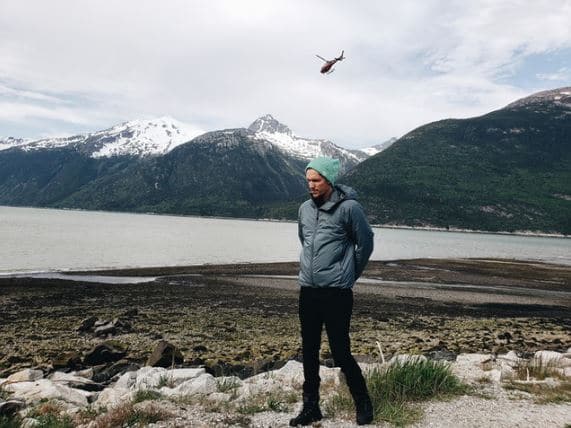 Although it breathes poorly, AR is much warmer and wind resistant - which makes it excellent for stationary use.

Although side fleece panels of LT make it much more breathable, it sacrifices wind resistance significantly.

Although both these jackets are marketed as mid layers (meaning you need an extra layer over them), with the AR, you won't need a shell unless there's heavy rain.

With the LT, though, you probably will.

Speaking of rain, both jackets come with DWR coating at the top - although they're mid layers.

So the winner is AR by far.

Side panels help LT breathe perfectly during skiing as well as any other activity that requires high mobility.

Until this point, I've repeated it many times, but for the sake of consistency let me say it one more time:

LT is much more breathable than AR due to its side fleece panels.

This is also what causes AR to overheat much easier compared to LT.

If you're active, OR it's nearing 30 F's out, AR probably will start feeling too warm, even if it isn't layered with anything else.

That said, LT still isn't the BEST in terms of breathability.

I don't want to confuse you even further, but note that in our post Patagonia Nano Air vs Arcteryx Atom LT, we found that the Air is actually more breathable - although less weather resistant and more, ugh, "frumpy" looking.

First of all, LT comes with a trim fit and AR with a regular fit. If you have an athletic build, LT would probably look very good on you. AR, on the other hand, is more "bulky".

Note: The small sizes are roughly 5 cm smaller in the chest and waist.

This is how Trim and Regular Fits are illustrated by Arcteryx: 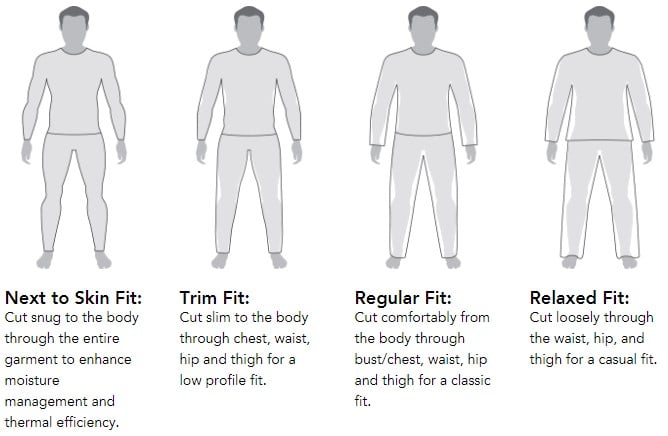 Men's fit. LT comes with a trim fit and AR with a regular fit. 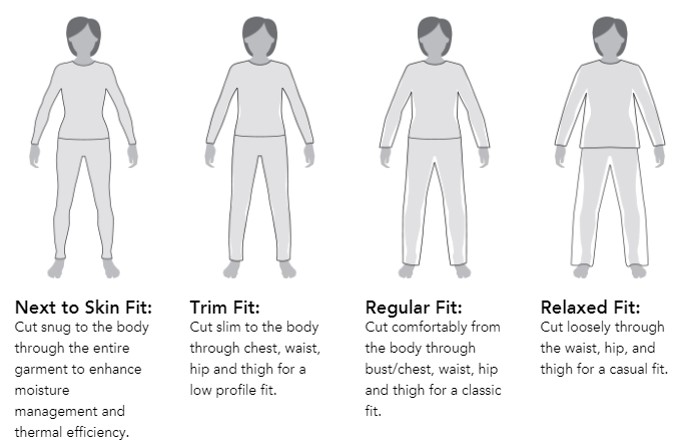 Women's fit. LT comes with a trim fit and AR with a regular fit.

Another thing about fit is that AR is thicker and more puffy going outwards: 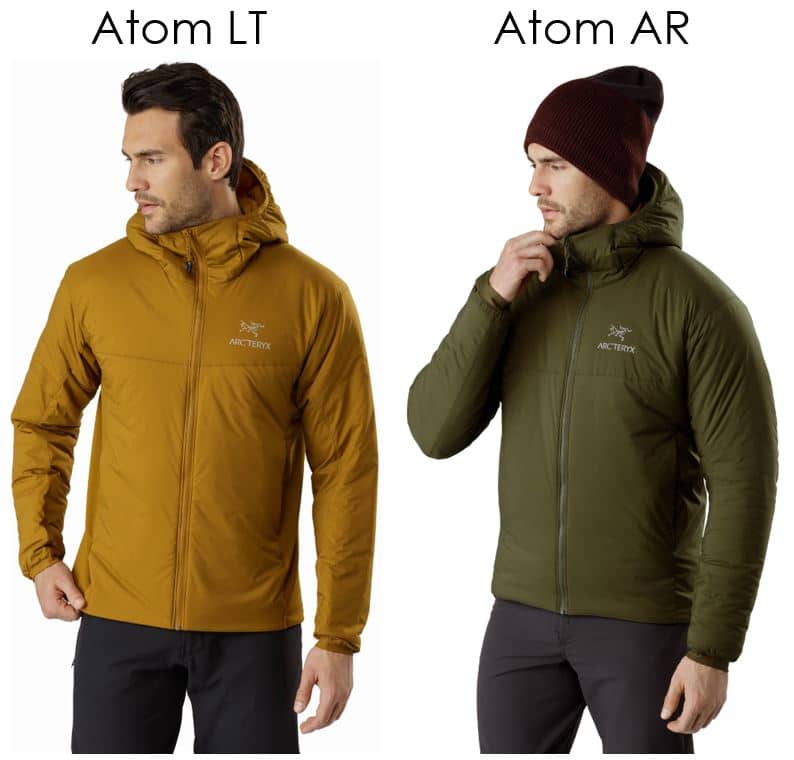 You can almost sense from the images that the AR would be warmer.

That said, the "puffiness" difference isn't big enough to cause a difference when you're trying to layer a shell on top.

If you'll be wearing the jacket out in the town only, this won't be a noticeable difference.

However, for activities that require physical strength and endurance, this difference will make a difference for most of us.

You can use LT pretty much doing any outdoor activity, such as:

On the other hand, AR would be too warm and uncomfortable for all of these activities. It'd be more suitable for casual, frigid weather outgoings, though. 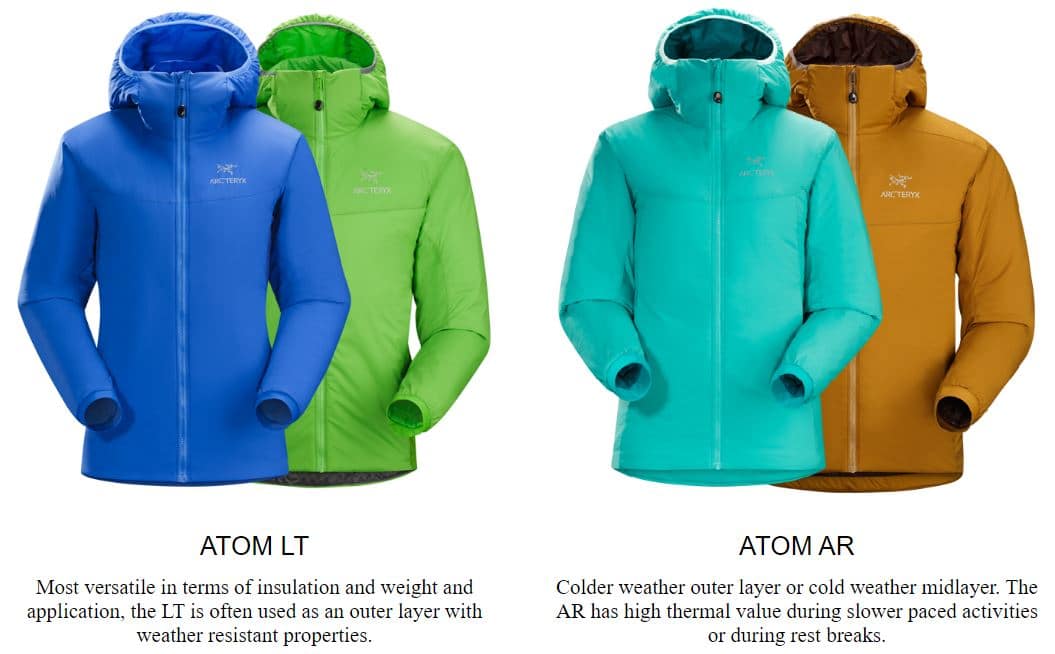 They're even marketed that way by Arcteryx themselves.

So I don't thing we can say one is more versatile than the other, since one can't replace the other's work. Just choose according to your own needs and desires.

Trekitt's reviews on these jackets also worth checking out: