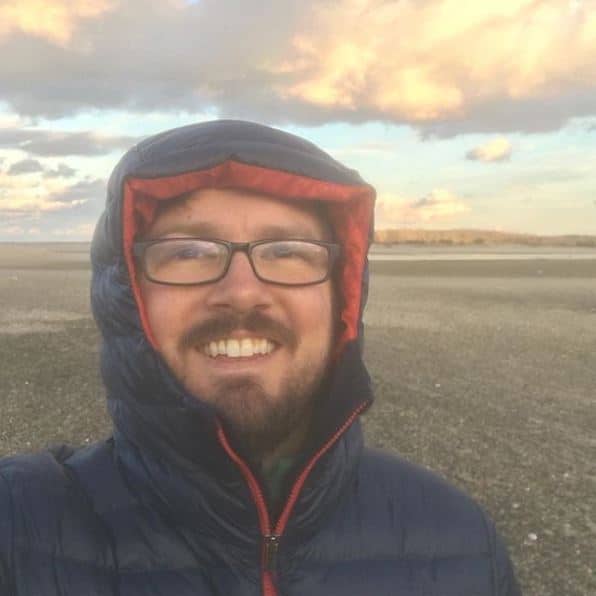 If it's cold and dry where you live, then the Down Sweater is probably a more suitable option for most of you!

Both Nano Puff and Down Sweater are revised multiple times in recent years, so disregard the comments & reviews posted before 2019 August.

Out in dry weather, the Down Sweater is noticeably warmer than the Nano Puff, but it might be a superior option due to its higher durability. It, however, loses its insulating capability significantly when it gets wet, so Nano Puff could be a better choice for damp areas.

Also, the Down Sweater looks better than the Nano Puff to most people (this Carbon color is especially liked by many - including me). Also, if you want to maximize versatility; Nano Puff is probably the better option.

And these make up the 4 key points to consider.

The biggest cause of these differences lies in their different insulation methods: Down vs synthetic.

I'd say, generally speaking, when it's dry out (this is important. More on this later), with only a long sleeved shirt under and without a shell on top, with a mild wind and a very low to no activity level...

The approximate lowest temperatures an average person can wear these jackets without feeling cold can be listed as:

Note that warmth of Down Sweater will drop significantly in case it gets wet - either from your sweat or weather conditions.

Depending on the soaking intensity, it can drop somewhere around the Nano Puff or even further down the line.

If it isn't considered unusually cold when it gets lower than 14 deg F's (-10 deg C's) where you live, and still dry the vast majority of days, then you might better forget about these two hoodies and instead consider something warmer such as the Thorium AR. 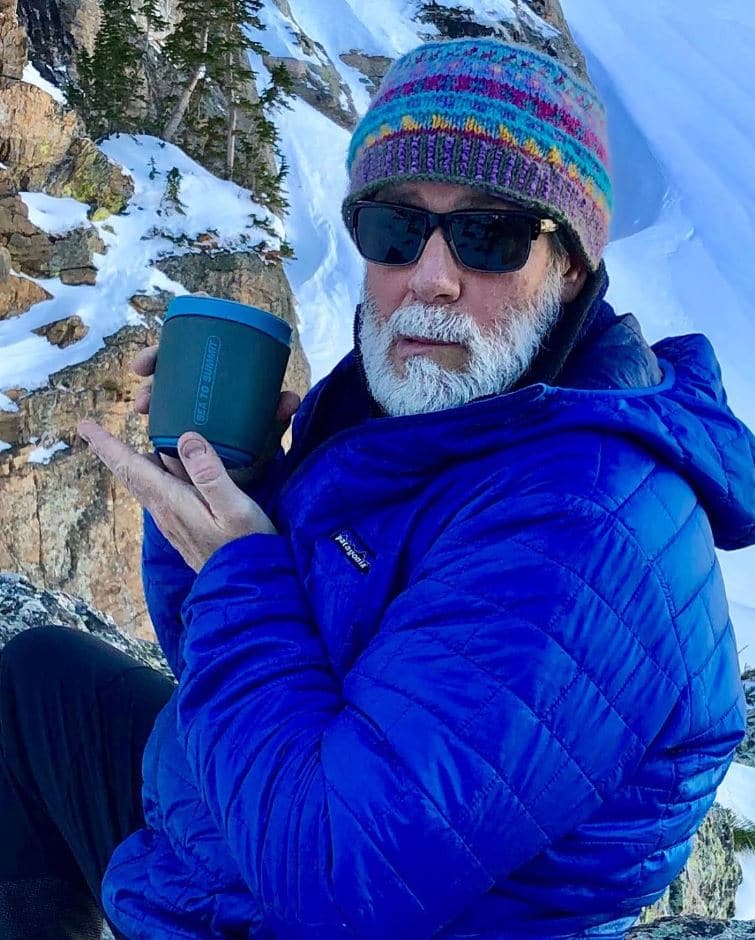 Nano Puff will preserve its insulating power even when wet.

What about when it's rainy, humid, snowy, wet, and/or damp?

As I explained earlier, warmth of Down Sweater will suffer significantly when it gets wet.

The down inside the Down Sweater provides warmth by heating the air it had trapped among its vacant spots. When the down gets soaked, these spots are no longer as large (or even exist - depending on the liquid intensity).

This causes the Down Sweater to lose its insulating power.

The Nano Puff, on the other hand, provides warmth via synthetic insulation instead of down. It successfully mimics the heating capability of down, and on top of that, it doesn't lose its insulating power when it gets wet either, although it comes with its own disadvantages and downsides:

If a fair amount of days are damp AND colder than 20 - 30 deg F's (-5 - 0 deg C's) where you live, then Nano Puff wouldn't cut it. I'd recommend you to get something superior like the Arc'teryx's Fission SV. Or a Parka, such as Camosun, Therme or Thorsen.

Down Sweater is less water resistant than the Nano Puff because of the vulnerability of its down insulation.

Yes, they are coated with DWR, which does help with preventing the rain drops from getting soaked into the internal surface of the Down Sweater, but doesn't help so much with its warmth.

So, once the fill of Down Sweater gets wet - its warmth will drop significantly and DWR doesn't change that dramatically.

They are, however, comparable in terms of wind resistance and do better than average.

It still isn't anywhere near Arc'teryx's Atom AR as I laid out in this post, but I'd still classify it as a durable hoody.

These jackets aren't made using advanced breathable fabric, and they aren't equipped with pit zips either - so I'd recommend you to absolutely forget about getting these jackets if breathability is one of your expectations.

They aren't designed to breathe anyway and hence both are worse than average.

To most people, Down Sweater looks prettier (especially this Carbon color is liked by many - including me).

Nano Puff certainly doesn't look bad either. I don't know why but when its backside gets overly wrinkled as you can see here, it looks bad to me. Not a deal-breaker for most, but something to consider.

Some sites may claim that the Down Sweater doesn't pack into its own pocket - but it does. 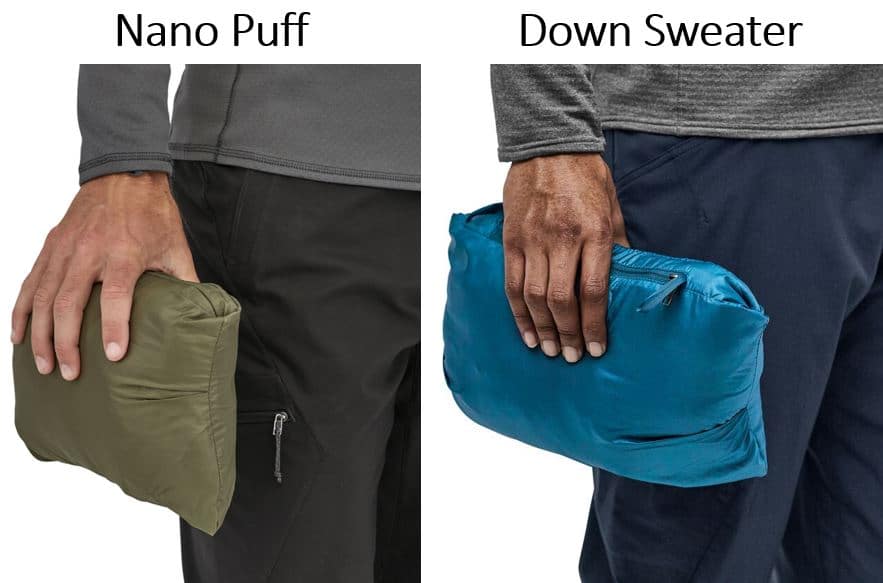 It's packed a little larger than the Nano Puff - but the difference is minimal as you see here. It's still quite tiny.

Out in dry weather, the Down Sweater is noticeably warmer than the Nano Puff, but it might be a superior option due to its higher durability. It, however, loses its insulating capability significantly when it gets wet, so Nano Puff could be a better choice for damp areas.

Also, the Down Sweater looks better than the Nano Puff to most people (this Carbon color is especially liked by many - including me). Also, if you want to maximize versatility; Nano Puff is probably the better option.

And of the Down Sweater:

Patagonia is currently on sale as of Sep 2020.