Before we begin, let me clear this out of our way. I wouldn't recommend either of these jackets if: 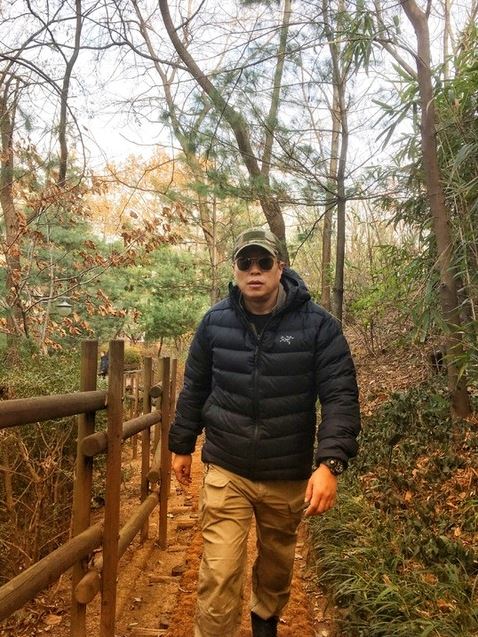 Thorium AR is most likely going to be a better option as long as packed size isn't a concern for you.

This is all because both jackets have quite fragile face fabric with Thorium AR being a little superior to the Cerium LT (more on this later).

You can see this in Arc'teryx's Naming Scheme Page here as well - for both "LT" and "AR", as well as "Cerium" and "Thorium".

That said, although they make quite vulnerable outer layers out against these harsh conditions, they are perfect mid-layers. If the above two bullets don't apply to your situation, they'd make perfect stand-alone pieces as well.

Point #1) When it's dry out, with only a long sleeved shirt under and without a shell on top, with a mild wind and very low to no activity level, an average person can wear these jackets just comfortably at:

If you think you run hotter or colder than the average person, shift these temperatures accordingly.

This value is in cubic inches, and represents the end volume the down eventually fully expands to when it's at rest.

The more the volume, the more air will be > trapped inside the down >  heated by your body > and ultimately work as an insulation.

That's why the higher the fill power, the warmer you'll feel inside the jacket provided that both jackets are filled with the same amount down.

What does that mean?

And this is exactly what's happening in our case. Thorium AR provides more warmth than Cerium LT by using this strategy.

The downside of this (you guessed that right) is the added weight.

850 FP down of Cerium LT also makes it extremely compressible. Its stuff sack size is hence smaller compared to that of Thorium AR (plus point for traveler folks).

But I'd give relatively less importance to this weight difference, because as you can see here on Arc'teryx's own Naming Scheme Page, both Cerium and Thorium lines are on the lighter side.

When/if it's fairly wet out, warmth provided by both jackets can and will drop significantly.

One more thing to consider for warmth: Fit

This doesn't only make under layering easy and sweet, but it also increases warmth even when you wear the same under layer beneath these jackets.

Due to the baggier cut, there's more air trapped between your body and the jacket, which works as a perfect extra insulation.

Baggier cut doesn't always equal more warmth. There's a fine balance and you can often go too baggy and eventually and let too much air circulate & end up providing even less warmth than with the trimmer case to begin with.

But Thorium AR is at the warmer side of this line and hence provides extra warmth leveraging its baggier cut.

If you think Cerium LT would really work for you if only it could stand against colder days {below -8 deg C (17 deg F)}, then you might better checking out Cerium SV post of mine.

Its face fabric, though, is still as fragile as that of the Cerium LT's. Actually, technically speaking, it's even MORE fragile than that - but that's pretty much not noticeable.

Speaking of which... Let's get to weather resistance.

This is the biggest downside of not only the LT model but also the other two (SV, SL) Cerium models. Cerium LT isn't designed to be worn as an outer shell in harsh conditions. It's face is quite fragile - it can even get torn by something what would otherwise be a harmless rub for a rather robust jacket like the Atom AR.

Arato 30 of Thorium AR is absolutely more wind resistant, water resistant and durable than the Cerium LT - but still not nearly as robust jackets like Atom AR or Patagonia's Nano Puff and Micro Puff Jackets. Atom LT and Proton LT are also better than these two in this department.

In dry conditions, Atom AR would be less warm than Thorium AR and more than Cerium LT.

But in wet conditions, being equipped with synthetic insulation rather than down, (also having a super robust outer shell) Atom AR would feel warmer than both of these jackets.

Thorium AR isn't windproof by any means either. It's only lightly wind-resistant.

That said, both are DWR coated.

DWR will be enough to repel some moisture and light rain.

About wearing them as a stand-alone piece, please don't let my language discourage you more than necessary though (especially for the Thorium AR). As long as you're kind to these jackets and you won't be out in harsh wind and/or rain, you'll be perfectly fine.

If this is you, though, it probably means that you'll be wearing this jacket out in town vast majority of the time, so I'd also recommend you to consider getting either a Thorsen, Camosun or Therme.

If you're looking for a windproof AND down-insulated jacket that you CAN wear as an outer layer as well, then I'd recommend checking out the Ceres SV Parka or the Firebee AR Parka. Cerium SV won't work either.

If a down jacket isn't a must for you, then checking out my top Arc'teryx and Patagonia synthetic insulated jacket picks might help you.

It might sound oversimplified (it is), but it all really mostly comes down to your response to this question: 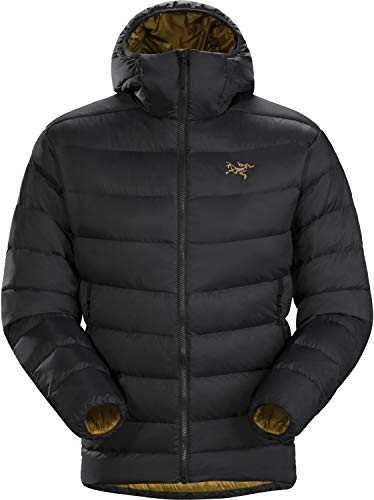 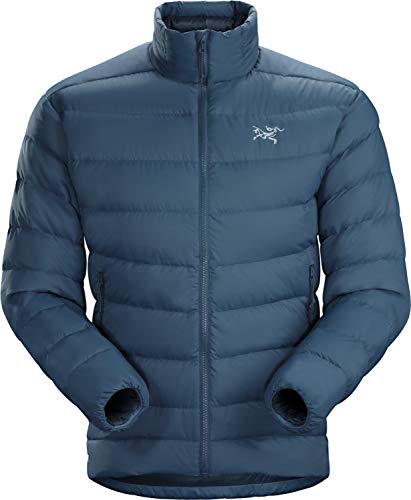 Lastly, both Cerium LT and Thorium AR come with their own stuff sacks (plus points for travelers) with that of LT's being more compact due to higher quality (850 FP vs 750 FP) down fill.

I'd recommend layering these jackets with a hard shell. Beta AR [Read Review] would probably work pretty well with both.

A base layer is definitely less necessary than an outer layer, but if you'd like extra insulation, this baselayer of Arc'teryx can work pretty well.