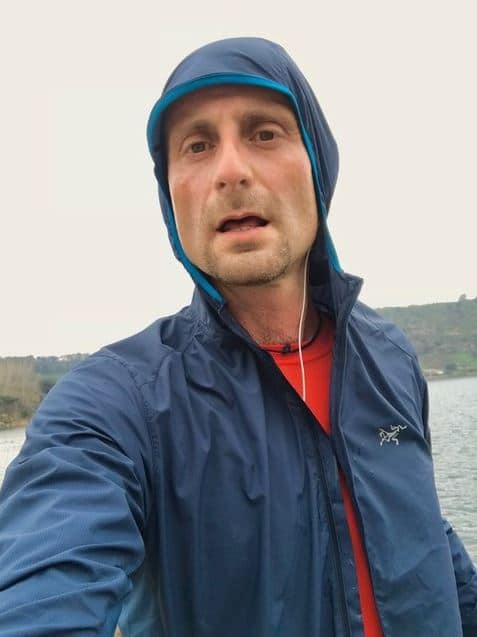 Notice how the chest snap keeps each side together and makes the unzipped Incendo much more useful when running!

Combine it with the fact that they received a bunch of complicated revisions during the past few years and you're here reading this article...

You can check out their side by side differences here on Arc'teryx's own site.

Long story short, speaking for 2019 versions; velcro cuffs and superior durability of the Squamish make it a more suitable option for summer rock climbing and bouldering. Superior breathability, chest snap and very comfortable collar of the Incendo, on the other hand, make it more suitable for summer running and cycling.

These make up the 5 key points to consider. Lastly, Incendo looks also prettier to most (this Robotica color is really liked by many - including me).

All the differences between 2019 Squamish and 2019 Incendo can be listed as follows:

Caution: Disregard all the reviews and comments put forward before 2019 as both these hoodies were revised then.

Caution 2: Above recommendations and facts do not apply to previous models of Squamish and Incendo.

Squamish was breathable once (models between 2014-2018). With the 2019 revision, not only did it get considerably less breathable, but Arc'teryx also failed to communicate this change effectively.

When you go to their product page for Squamish, you don't see any revised tag, although you DO see it for other revised products such as the Proton LT.

Product page of the Incendo isn't supported by a revised tag either, although it IS.

Notice how the chest snap keeps each side together and makes the unzipped Incendo much more useful!

With the revised 2019 model, mesh vents around the arm pits now are not only TWICE as long the previous models, but also almost twice as WIDER. This boosts breathability significantly.

In addition to that, unlike the Squamish, Incendo is also equipped with a dope feature which adds to its breathability further (see image). This way you don't wish having pit zips so much.

These enhancements improved the breathability of the 2019 Incendo quite a bit and ended up putting it ahead of the 2019 Squamish as a result.

If you tend to overheat fairly more than the average person, though; then even the Incendo might not cut it for you.

You know, I'm an Arc'teryx fanboy, but in that case, if you don't necessarily HAVE TO get an Arc'teryx for this situation, then even I would strongly recommend you to get the Patagonia's Houdini Air Hoody. You can check out my post that compares the Houdini, Houdini Air and the 2019 Squamish to one another.

If EVEN the Houdini Air STILL wouldn't cut it for you in the breathability department, then check out Patagonia's Airshed. That's as breathable as it gets...

Neither of these jackets are insulated - so they're not going to provide you any warmth.

If you're planning to wear these jackets when it's anything colder than mild out, then I'd recommend you to forget about getting them and instead checking out a breathable, synthetic insulated jacket such as one of these.

If, however; you're looking for a light, soft-shell to wear during high output activities out in warmish spring and summer nights with a breeze, then these jackets can be perfect.

Not much to say for this one. These jackets aren't designed for winter, so they aren't focused on weather resistance and would probably meet your needs if you're planning to use them during warm spring and summer nights.

Incendo and Squamish would be able to resist against light rains. They're 3-season jackets anyway, so if weather resistance is one of your main expectations, you're reading the wrong article here.

Anything more than a light rain and they'll get soaked. Despite the DWR. 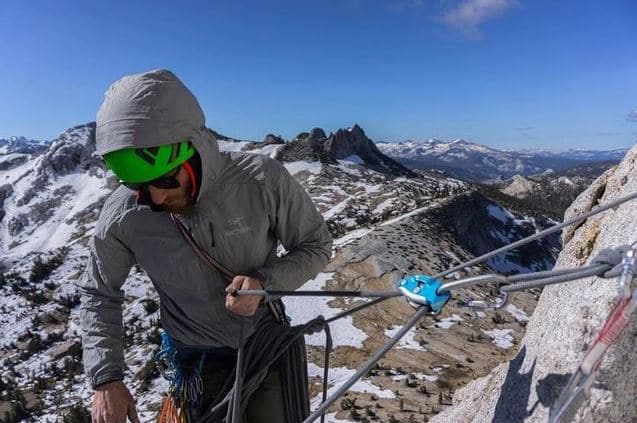 Velcro cuffs of the Squamish make any activity where the hands are allowed considerably easier.

Velcro cuffs matter the most during high output activities where hands are involved more, the most popular ones being rock climbing and bouldering activities.

This is why the Squamish is a superior option to the Incendo for these activities. You can adjust the sleeve length without a hitch and prevent it from restraining your hand mobility.

If you'll mostly be using this jacket for an activity that hands are primarily involved (such as rock climbing and bouldering), then I'd recommend you the Squamish.

For everything else, I'd get the Incendo.

Cita (Women's counterpart for the Incendo):

See on Arcteryx.com
See on Amazon
See on Moosejaw.com

If, on the other hand, you're planning to use these as an emergency shell to keep on you for commuting, then I'd recommend Arc'teryx's Nodin the most in that case.