Arc'teryx advertises Rush and Sabre as Touring and Freeride jackets respectively. You can read more about this here in my 7 Best Arc'teryx Ski Jackets post.

Two new Sabre and Rush Jackets are released out there just recently in Fall 2019: Rush IS and Sabre AR (formerly known as Sabre).

With these new releases and some Fall 2019 updates/discontinues, now there are four Rush and Sabre Jackets at total out in the shelves:

They all come with ski/snowboard-specific features such as the powder skirt and Recco Reflectors (which makes you searchable to the mountain rescue teams in the case of an avalanche).

More about this chart: https://outdoorcrunch.com/best-arcteryx-shells/

If you're confused now and don't know which jacket best corresponds to your own needs, then follow the advice given below:

They all come with the StormHood and not the DropHood - which feels more comfortable when the hood is on and less so when it isn't in use.

Since this is the case for all the 4 Rush and Sabre models, I won't be focusing on it.

It's lighter, more breathable and also noticeably more breathable than the other 3 jackets - it's also the only one that offers Gore-Tex Pro 3L (highest quality Gore-Tex).

Under layering it with Cerium LT would be a good idea.

I'd recommend the Rush to most of you, but keep reading - there are some cases where another shell can be a better option for you.

Comes with N80p 3L GORE-TEX fabric with GORE C-KNIT internal backer. This feels very pleasant on your skin - which can be especially important when you wear the shell with nothing but a t-shirt under.

It's slightly heavier, less durable and also slightly less breathable than the Rush.

Being somewhat thinner and softer compared to Rush, it's also easier to pack.

That's why it can be a better choice for you than the Rush if packability and the pleasant surface is so important for you that it beats the many major advantages comes with the Rush.

If this is you, then it means that you reduced your options to two shells. Now go ahead and check out my post about Sabre LT vs Sabre AR and then decide which one to go for - because these two advantages the Sabre LT has over the Rush are also applicable to Sabre AR as well.

In summary, Sabre LT is trimmer than the Sabre AR, so you can layer the LT only with a low loft mid layer like the Proton LT or Atom LT.

Whereas you can layer the Sabre AR with something loftier such as Cerium LT, or a low loft mid layer PLUS a thick fleece.

When the extra room under the Sabre AR isn't filled up with under layers, though; Sabre LT would be more comfortable.

The most important thing to know about Rush IS is that it's the only insulated shell among all the Sabre/Rush shells in this post.

When compared to the Rush, the sacrifice made with this the IS is in the Gore-Tex: The Rush IS uses N40p-X 2L GORE-TEX. This is inferior to Sabre LT's 3L and Rush's 3L Pro.

The Gore-Tex of Rush IS identical to that of Sabre AR - but they use different face fabrics: The Rush IS uses an N80 whereas Sabre AR uses an N70.

In the end, Rush IS is the heaviest shell among all:

You must have a really good reason to by a ski/snowboard shell with insulation because warmth is really one of the least important things to consider about them.

If you need extra warmth, that's understandable. In that case I'd recommend you to under layer a shell - instead of getting an insulated shell.

Sabre AR is actually an update to what was formerly known as Sabre.

Lastly, all these shells are DWR coated.

Which is why you might want to invest in a DWR spray such as this one (recommended by Arc'teryx for after treatment.

Considering all these, Rush would probably be my top recommendation to 90% of the people when it comes to Rush and Sabre jackets for skiing or snowboarding. 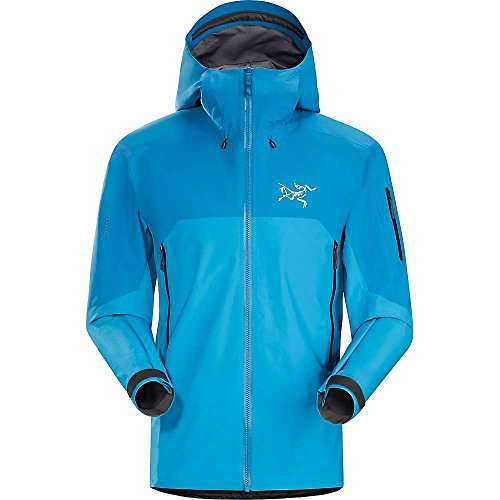 If superior packability and very pleasant inner surface feeling of both Sabre LT and Sabre AR are very important to you (so much that when combined, they beat the durability, weight and breathability advantages comes with the Rush), then I'd recommend you to check out my post about Sabre LT vs AR comparison and end up getting one of them accordingly.

Sabre can be more suitable than the Rush if you'll travel to ski/snowboard a fair amount of times and/or wear nothing but a t-shirt under the shell most of the time.

Lastly, Rush IS can be a good choice if you want to maximize warmth AND under layering one of the other shells here somehow isn't an option for you.

If you won't be using these shells for a fair amount of skiing and snowboarding, then I really wouldn't recommend getting either of them. I'd instead recommend you to check out my review of Beta AR here.

I'd strongly recommend everyone to prefer skiing or snowboarding with Beta AR from time to time rather than prefer climbing/hiking/fat biking with any Rush or Sabre models from time to time. 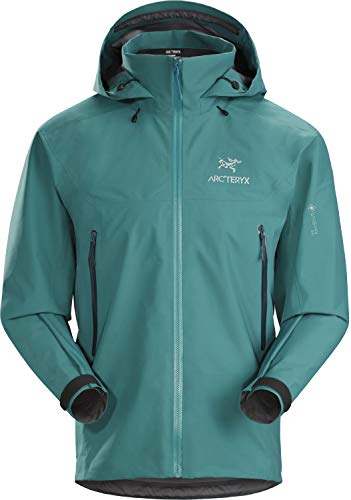 Lastly, if you're looking for ski mountaineering shell, I'd recommend you to check out the Alpha SV. 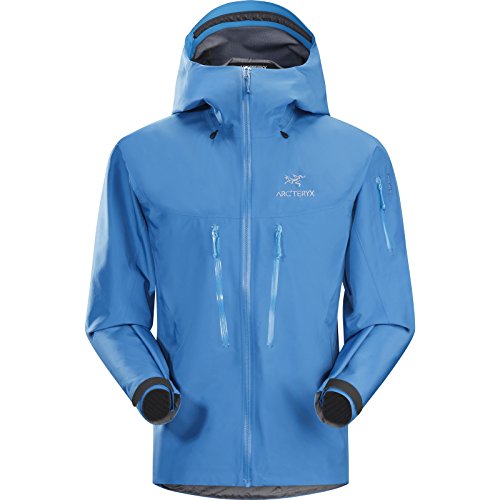